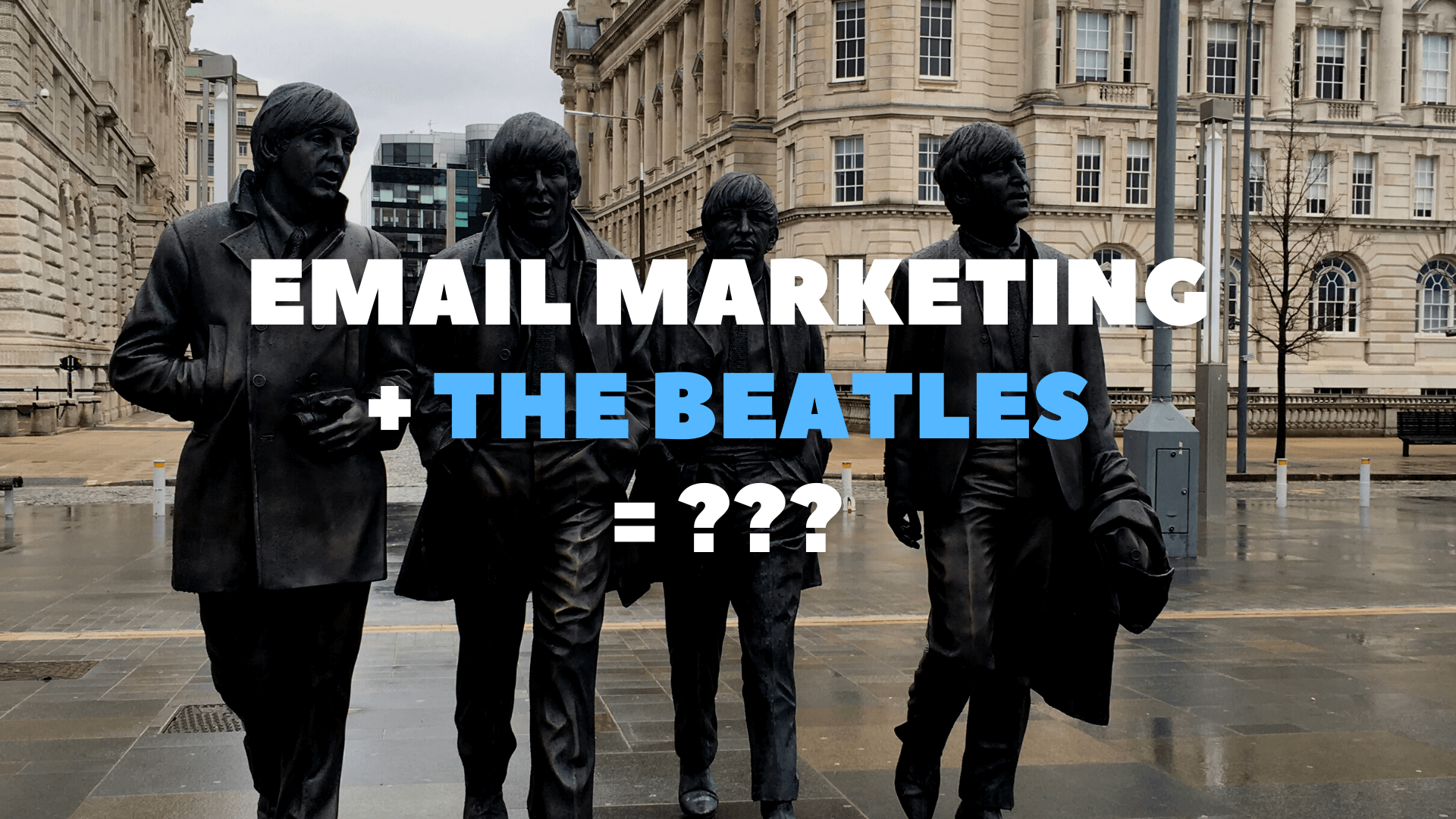 The Beatles would’ve been great at email marketing.

“Huh? Emails weren’t even around back then…”

Yea I know. Bear with me.

Everyone and their grandma knows the Beatles.

But few people know their story…

Before they were big, they often gigged in Hamburg, Germany…

Not in big stadiums…

They played in all kinds of weird places, mostly as background music.

And this is what made them so good.

Because in these places, they couldn’t play for 1 hour and call it a night.
(Like they used to do back home in Liverpool).

They played from the early evening to closing time.
At 1 in the morning.
(When their fame grew, they played even longer.)

And this is what author Malcolm Gladwell says made them the biggest hit in the music industry since Mozart.

They played more together in one month than many bands nowadays play in their whole lifetime.

They HAD to innovate.

They COULDN’T rely on their hits.

They NEEDED to come up with new material.

Otherwise they risked just playing their same songs again during the same performance.

And the club managers wouldn’t have liked that.

And this is why the Beatles would have killed it at email marketing.

They forced themselves to work on their skillsets for up to ten hours in a single performance.

They kept coming up with new stuff.

And I have a funny feeling they loved every second of it.

These are the four mindsets you need to have if you ever want to succeed in email marketing.

Or business. Or writing. Or anything else that’s worth pursuing.

But of course, that’s just the tip of the iceberg of email marketing and copywriting.

Mindset is important, but you also need the right tools and experience.

This Copyhackers article is a great starting point for email marketing.

And for copywriting? Articles usually don’t really cut it… better to buy a couple of great copywriting books and study them, instead of focusing on copywriting blog posts that just regurgitate the same lessons.

Without the right mindset these books won’t help you at all.

You need to be like John, Paul, George and Ringo, and actually do the work.

Reading the books above is akin to buying and tuning a guitar.

It won’t do you anything unless you actually pick it up and start playing.

P.S. This post was copied from my email newsletter where I post all my best stuff. To get more ramblings like this one sent right to your email, sign up for the newsletter here.

Maslow’s hierarchy of needs. Hugely popular in academia. But what’s it good for? How can marketers and copywriters use it? Read on to find out…

Promoting your content and offers on Reddit is an ungrateful task. Do it wrong and you’ll get hate from anonymous users who are masters at critiquing and hurting you to your very core. Do it right, however, and your site might be “broken by Reddit”. Meaning, you’ll get such a large influx of visitors that…

Scroll down this page, all the way to the bottom. Notice how it says “Have a great” and then whichever day of the week it is? That’s a great way to differentiate yourself from the millions of boring legal footers businesses have. If you want to… Brand yourself as a fun, innovative, and creative business…